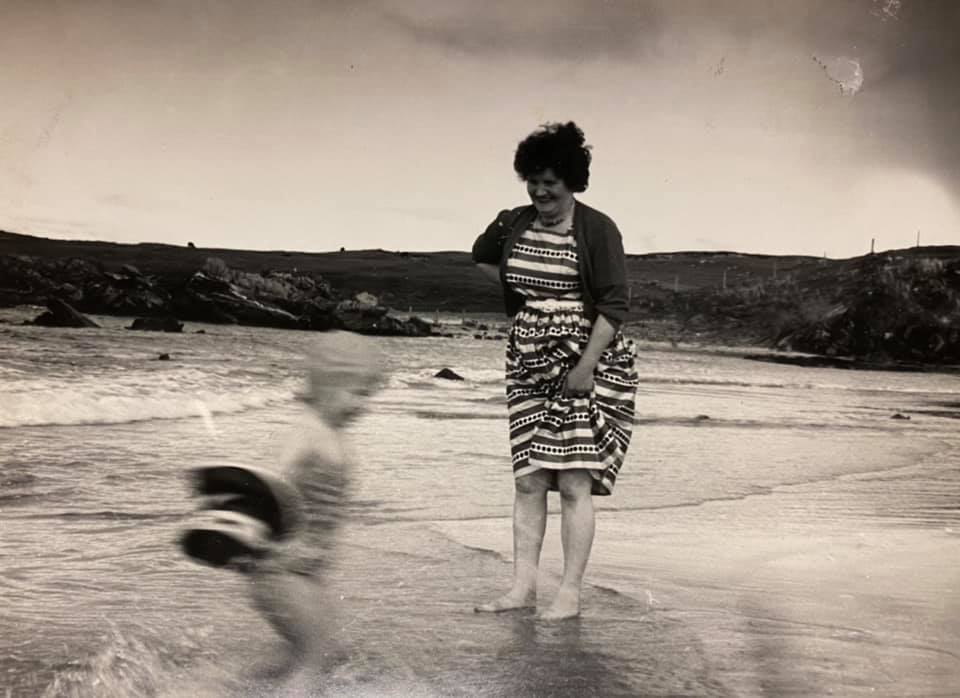 I can’t see a red Tommee Tippee sippy cup without flashing back to the ruins of an old school house along the road from Derry to Dunfanaghy. When I was three my grandfather took me on a ‘road trip’ to Dunfanaghy, the place of my grandmother’s birth. The journey is only an hour long but we pulled over at the abandoned school house to have a picnic. This trip had been long promised. “We’ll go some day, you and me, Megan. We’ll have a ball.”

Granda was making a lot of trips to Dunfanaghy at that point. Granny had died a couple of years earlier and as well as spending time with me, he had thrown himself into the project of overseeing the renovation of her old family cottage in Dunfanaghy. When it was finished we would come to spend every Easter, summer, and many weekends there.

My grandfather was conceived a couple of months after his older brother had died at the age of 15 months. Granda then went on to have a baby daughter of his own – their youngest child – die at the age of 18 months, which is exactly the age I was when Granny died. I was always told that I saved Granda’s life. If it wasn’t for me, he said, he might not have made it through that time.

I knew all this as a child. The man had a real fondness for babies. There was never a baby in his presence that I didn’t see him request to hold, even if it belonged to a stranger in the street who he’d fallen into conversation with.

It’s only recently I’ve begun to think about the fact that in my early most formative years I spent inordinate amounts of time with a man in deep grief. A grief that echoed through generations.

The grief was tied to Dunfanaghy and I was held safely in that knot too. Before I could properly speak I was imbued with a connection to this wee seaside village. Dunfanaghy has always been rich with history and family narrative for me, like a well reduced stock or a potent drug; one that can still restore me to my full senses with only a couple of breaths of sea air.

The last thing I ever did with Granda in the house in Dunfanaghy was put his shoes on for him. Later that day he was taken to hospital in Letterkenny, half way between Derry and Dunfanaghy. A fitting place for him to leave this world.