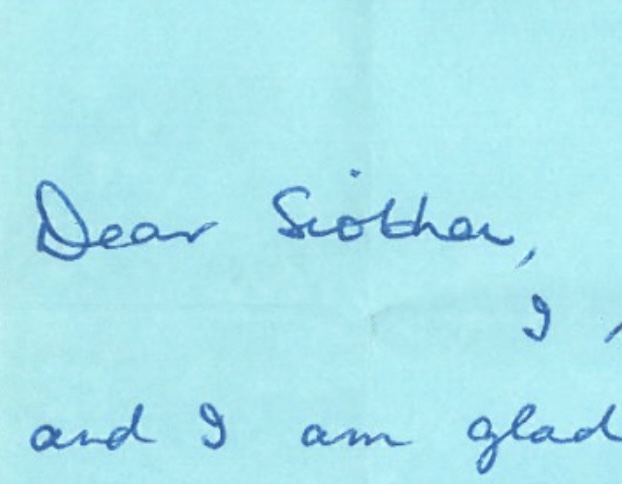 I got a message from a friend the other day that began, “Sorry for the delay… I’m basically shit at keeping in touch these days.”

2021 was a hard year for me. I’m only beginning to process it. Give me another couple of years and I’ll have made sense of it. But for now, one thing I know for sure is that it has been harder than ever to reply to text messages and emails.

Having two small children and a business that I run from my home office means that every minute of my time is oversubscribed. In this phase of my life my most consistent form of exercise is racing to the bathroom in the hope of locking the door before anyone realises where I’ve gone.

My particular sensitivities have always meant I’m not the kind of person who can shoot off messages in a stolen few seconds throughout the day. Corresponding even via WhatsApp and text message requires focus and energy for me. Most evenings when I finally get some head space I’ll sit down to reply to some messages only to realise it’s way past the cut off for a socially acceptable time to make someone’s phone ding and light up.

And so sometimes it takes me days or weeks to successfully get a reply sent. Over the past year or so I’ve noticed I am not alone in this struggle. It’s hard to stay on top of it all. A note in my journal from June 2021 reads, “In this time of not being able to respond to texts maybe I can turn to letters.”

I have been thinking about letters since mid-2020. There’s something about letters. There always has been for me. I remember as a child desperately wanting a letter writing set even though I had no one to write to. I made and sold a limited edition letter set a few years ago, much to my delight. And now I have this fantasy that if we communicated via letter rather than Whatsapp or email that I could sit quietly in my peaceful hours late at night and write my correspondence by hand. Although I suspect this really is a fantasy because I bought Christmas cards this year and sent not a one.

My five-year-old daughter had more success. She bought her own set of cards and immediately sat down to write to her friends. With one full term of school under her belt she’s now equipped to do this and is, for the first time, receiving notes from friends that haven’t been dictated by adults. I love seeing what kids write now that they are finally able to express themselves in written form. One Christmas card Méabh received from a classmate read, “To Méabh, I love you. Love from, Emmy.” In some way, might that be what all of our messages are trying to say?

In his 1975 piece, A Letter From My Father, the photographer Duane Michals told the story of a special letter his father had always promised but never sent. Michals didn’t know what the contents of the letter were to be but shared what he had wanted to read in it. “I wanted him to tell me where he had hidden his affections.” He laments that his father had died and no letter materialised. He tells us, “I never found that place where he had hidden his love.”

This piece gets me in the gut. I think that’s my greatest fear; to be to the people in my life what Michals’ father was to him. When I stop and think about it, my whole life and work are in some way about trying to figure out how to show true affection. How to feel my feelings and then convey my genuine emotions to the people around me. It’s a life’s work.

I want to explore more about why I’m so drawn to letters. I feel best able to express my true emotions in written form. I suspect I’m drawn to engage in written correspondence as a way of being known and of knowing another, which has always been my deepest ache.

I want to go deeper into what letters – and all kinds of written correspondence, digital as well as physical – mean and have meant to me over the years. I want to understand the ways in which I’ve been shaped by the written words I have sent and received in my life, and how these missives have influenced the stories I tell myself about who I am, where I come from, and what my work is.

As ever, the best way I know how to do this is with a four-week writing series. So tomorrow I’m beginning a new series called 21 Days of Letters: An exploration of how written correspondence punctuates our lives and what it means to us.

Over the next four weeks I’ll send an email every weekday unpacking my relationship with written correspondence. I’ll be asking why we engage in it, what we want from it, and what we actually get from it. Hopefully this series will give you some insight into your own relationship with the written words you have shared and received over the years, and how you have been shaped by them.